Understanding the global carbon cycle is the key to understanding climate change. The carbon cycle makes it clear that, if we want our grandchildren and their children to live decent lives, we have to achieve a world free of fossil fuels – a post-carbon civilisation – within a few years.

Carbon is essential to life. All living organisms are constructed out of carbon-containing organic molecules. These are made possible by the carbon cycle: the exchange of carbon between the earth’s carbon reservoirs, as shown in Fig. 1.

The sub-cycles can be grouped into biological cycles (i.e. between the atmosphere and the land, ocean surface and vegetation) and geological cycles (exchanges with the deep ocean, sediments and rocks, including the formation – but not the combustion – of ‘fossil fuels’).

Geological cycles run at geological time-scales of millions of years. This means that for practical purposes, no new fossil fuels are being produced. Fossil fuel burning is not a feature of the natural biological cycle. The geological cycle has no meaningful relationship with climate change.

Natural biological carbon cycles, on the other hand, run at seasonal or annual time scales – we can see them happening in our daily lives: photosynthesis in green leaves, respiration, veldfires and combustion of wood, rotting plants, and so on.

Using the fluxes in the diagram, we can con-struct a natural carbon balance where positive and negative contributions refer respectively to removing carbon from, or releasing it into, the atmosphere. Table 1 demonstrates this in gigatons of carbon per year.

This means that the planet, in its natural, pre-industrial state, is a carbon sink, capable of removing 2.2 gigatons of carbon from the atmosphere each year, mainly through photosynthesis. It is this natural solar-powered ability to sequester carbon that made life on earth what it is today by reducing the atmospheric CO2 concentration down to 0.04%, and safely storing the sequestered carbon, with all the solar energy that went into its photosynthesis, as what we now call fossil fuels.

The industrial revolution brought an end to this. Ever since we discovered that there are enormous amounts of stored fossil fuel energy, we have been doing our best to reverse the process. To the negative side of our carbon balance we now have to add 5.5 gigatons of carbon from fossil fuel burning per year. This brings the overall balance to minus 3.3 gigatons of carbon, accumulating in the atmosphere as CO2, and leading to climate change and global warming through its greenhouse effect.

Fig. 2 shows the current carbon reservoirs that are part of this rapid carbon cycle. Fossil fuels are included because, since the industrial revolution, they have become part of the rapid biological cycle. However, unlike the exchange of carbon among the other reservoirs, fossil fuel combustion is a one-way process. It is not a true cycle. Effectively, it means moving carbon from the tall black fossil fuel bar on the chart and piling it onto the shorter blue atmosphere bar – the greenhouse gas-containing bar, responsible for climate change.

The result is, effectively, reversal of the process that supports life as we know it – planetary suicide. The planet cannot recycle all that carbon, and if we don’t reverse it, will become uninhabitable by humans.

The only lasting solution: Keep fossil fuels in the earth, where nature has put them

Ecuador has large oil reserves in one of the most biodiverse regions of the world. Some years ago social movements and civil society organisations who wanted to protect the biodiversity and indigenous lifestyles began a campaign for a world emancipated from the need to burn fossil fuels – a post-oil civilisation. The campaign is supported by the Ecuadorian government, and by campaigning groups in a growing number of countries. Germany has pledged financial support. The campaign slogan is: Keep the oil in the soil, keep the coal in the hole, and keep tar sand in the land.

Although it originated in Ecuador around local issues, the campaign has worldwide implications. If we look at the carbon cycle and its implications, it is clear that its simple, yet radical, slogan points to the only effective and lasting way to combat global climate change. 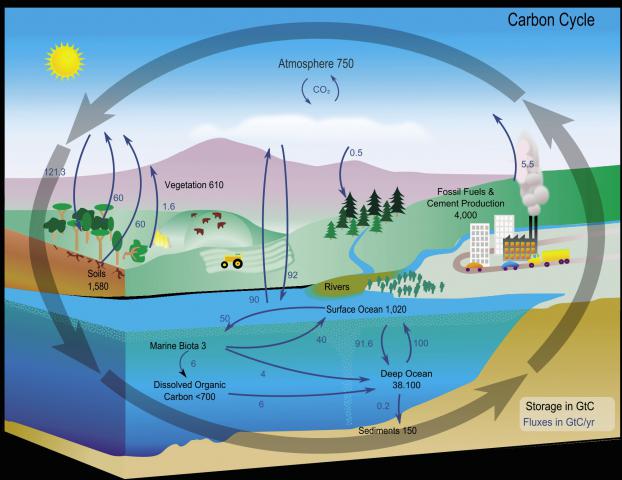 Fig. 1. The carbon cycle. (The diagram is a file from the Wikimedia Commons. Commons is a freely licensed media file repository. The copyright owner has given permission for it to be used freely for any purpose and without any conditions. See: http://en.wikipedia.org/wiki/Carbon_cycle.) 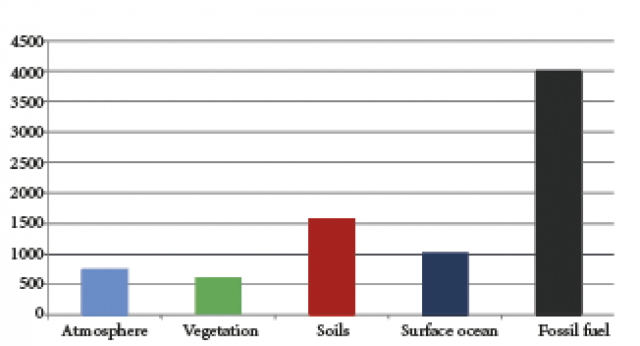 Fig. 2. Amount of carbon in the world’s reservoirs (gigatons carbon). 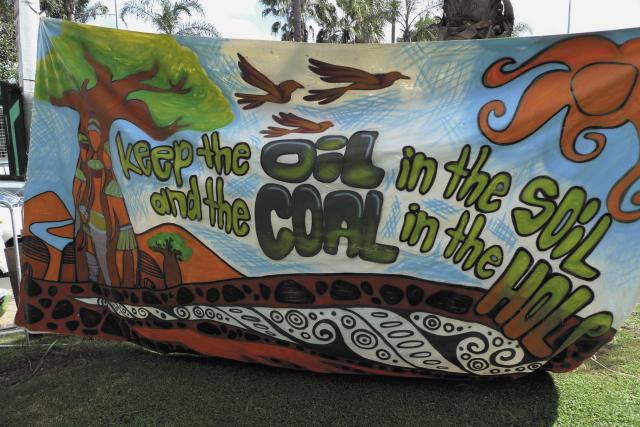 Banner at the COP-17 Conference on the UN Framework Convention on Climate Change.